I used to do it for hours in fancy (yoga) pants... 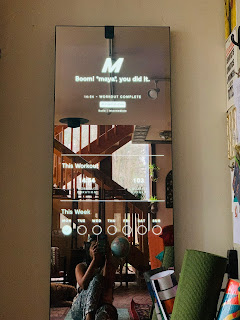 I used to do it for hours in fancy (yoga) pants... but today I did it in my jammies, for 15 minutes and I feel good... at least about restarting my yoga practice. You know when it would have been most useful? Every single day I didn't do it, probably.

Made a winter solstice meal (stew, roasted veggie salad, biscuits, and apple cider hot toddies with brandy) to share with BS and EM for good cheer. We'd planned to build a fire in the firepit, but it began to hail, so we lit some candles indoor instead.

LB and TB were having their own solstice celebration and I was supposed to head over after dinner, but I stayed home, had a long boozy chat with EM and then Zoom-ed into JL's book club meeting of Mexican Gothic. I hadn't read it, but no one was talking about the book anyway. We haven't met in so long and everyone's hair was SO long!

I'm inordinately excited about yoga, and hangouts, and the two minutes of extra daylight we'll get tomorrow.