Time to Freak Out 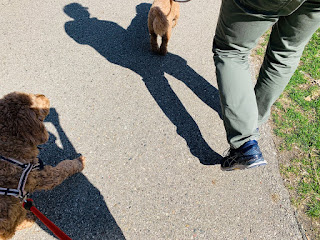 Big A has been talking about how dire things are in NYC and thinking about heading out to help. Today the city sent out an emergency alert to every NYC phone and waived privileges, credentialing and other requirements for out-of-state healthcare workers. I think I knew even as we were walking with the puppies and making our usual silly jokes that he had decided to go.


He told me late this evening... or rather, he "asked me" if he could go. He's just told his practice and is trying to rearrange his shifts here.

The thing is I was selfishly hoping that we'd make it out ok as Lansing has PPE (for now) and not as many cases (for now). I even suggested he go to Detroit instead--at least I would be able to get to him if needed. I know he's doing the right thing. But I'm so scared, ashamed for being this selfish, and really, really scared.