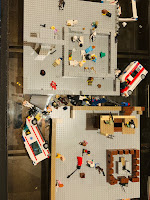 The kids made up a Lego-based game the week after At came home from college... I thanked him over breakfast that week for making time for his baby sib, and he said no thanks were necessary, because it was genuinely fun.

The "first-ever Bagame has ended" they texted on the family channel. I clicked "like" and went back to the FYS meeting that ran late. 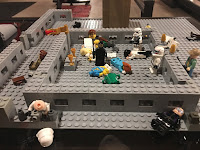