I have Scout the puppy on the brain.

All day, conversations about the SCOTUS decision on marriage equality sounded like "Scout's decision." (Scout is a big advocate of unconditional and unrestrained love.)

Also, I realized today that a few weeks ago I posted a link to an article on Scott Prouty, the Romney 47% videographer (awesome transcript at Shakespeare's Sister), and referred to him as SCOUT Prouty. (I hope Scott won't mind--he shouldn't; Scout doesn't hate anyone, especially people who work hard--you should see how hard he wags his stubby little tail in the video.)

The thing is, we don't even get to meet Scout for two more weeks. (At likes to point out that I have a major case of Internet-fueled love for my surrogate-birthed puppy baby.)

Scout doing his best impression of a potato (at two weeks): 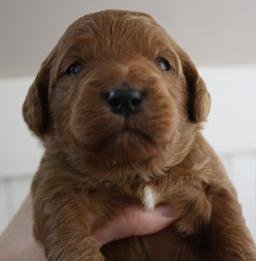 And such a serious fellow today (six weeks): 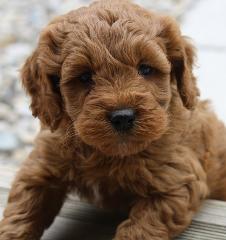